So, our intrepid Comics and Toys fans, it is May, two thousand and twenty, and no, we don’t have hoverboards!

Instead, we have a deadly virus that may kill us. But it isn’t all bad! We are still getting new information drip fed to us from Disney as to what we should expect from Season 2 of the Mandalorian! Yaaaaaaaaaaaay. You know – that show that showed us what we used to love about Star Wars, before Disney came along and had their way with it.

Our excitement is piqued, our blasters are set to stun, and you know what? We have a good feeling about this. Here we go!

The Mandalorian came along at a dark point in Star Wars fandom. The movies, while killing it at the box office, just weren’t doing it for the fans. Seeing a childhood hero turned into a miserable, lonely old hermit, before being killed off. A storyline across a trilogy that made no sense. And a frantic, desperate, finale, that did nothing more than alienate original fans, and confuse new.

If only there was a new…… hope.

And there was! In the form of super fan Dave Filoni, and fellow Star Wars afficiando, Jon Favreau. Two visionaries, who worked on previous successes as The Clone Wars, Rebels, Iron Man, The Avengers….. and Chef. By the way, Chef is an absolute classic of cinema – watch it when you can.

They took what was originally going to be a Boba Fett movie, and turned it into a piece of TV gold. A series that, much like the original trilogy, mixed old westerns, samurai tales, pulp fiction, and almost buddy cop movies, and turned it into – The Mandalorian.

Season 2 is almost upon us, and there have been leaks as to characters and actors. We are going to look at those now, so if you are new to the Mandalorian, it may be time to stop reading until you have watched the first season.

Season 1 ended with a HUGE cliffhanger. The Darksaber. For those of you who don’t know why this is such a big thing, feel free to google it and read up, but we will break it down here now.

The Darksaber, was a lightsaber created by the very first Mandalorian to ever become a Jedi. Passed down through the generations of Mandalorians until it reached the legendary freedom fighter, Pre Visla. A rejuvenated Darth Maul stole it from Visla, and used it to fight Darth Sideous, but was ultimately bested, and imprisoned. 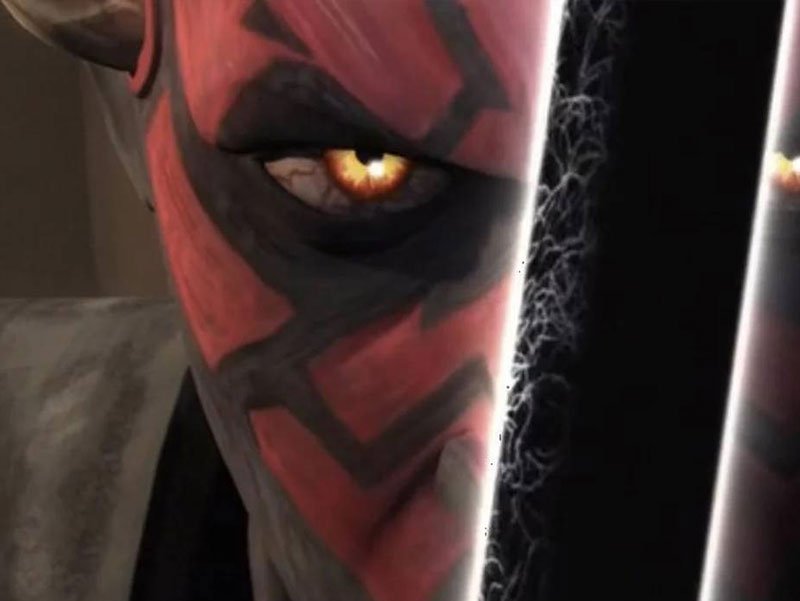 After some time, Maul was freed and reunited with the Darksaber, until he was once more defeated on the planet of Dathomir. It was here, that Sabine Wren recovered the Darksaber, and after tutelage from Jedi Knight Kanan Jarrus, was able to wield it and eventually defeat the oppressive Viceroy Gar Saxon in combat, saving her people, and more importantly, her father. Following this, Sabine gave the weapon to Bo-Katan Kryze – who would become the true leader of the Mandalorians. The saber was then not heard from again until nine years after the Battle of Yavin, when it appeared in the hand of Moff Gideon on the planet of Nevarro. 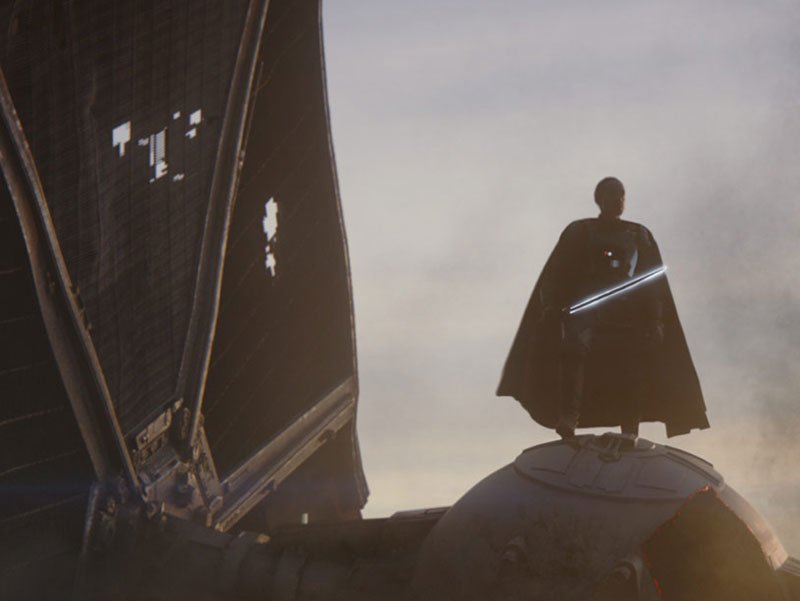 And this is where we find ourselves at the end of Season One of the Mandalorian. The Darksaber is in the hands of the Empire.  A villain who has been shown to have no remorse, and who holds in his hands, the unifying artifact of the Mandalorians.

Casting has been given, which has opened up a lot of questions, so we shall just look at who they are, who they are played by, and why they may be involved.

With all of this history in mind, and in light of the castings that have been released, lets have a look at who may or may not be in Season 2 of The Mandalorian. 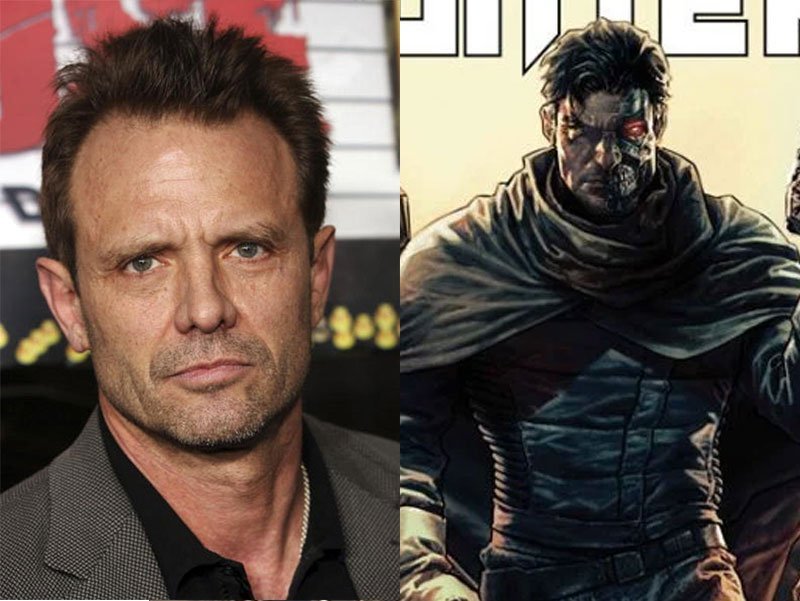 Marvel Comics have been producing comics that are part of the new Disney cannon, and a character that they have been pushing recently, is Beilert Valance.

Beilert started off as a cadet who actually served alongside Han Solo in the Imperial Academy. He fought faithfully for the Empire, until being hideously wounded in battle. The Empire repaired his body with advanced cybernetics, but he was discharged from service. He later became an asset to the Rebellion.

Confirmed to be in season two, this sounds like exactly the kind of role that would suit Biehn. Famed for Aliens and The Terminator, Biehn has always played a hard as nails military type. Given his age, and gruffness, the role of Valance seems perfect for him! 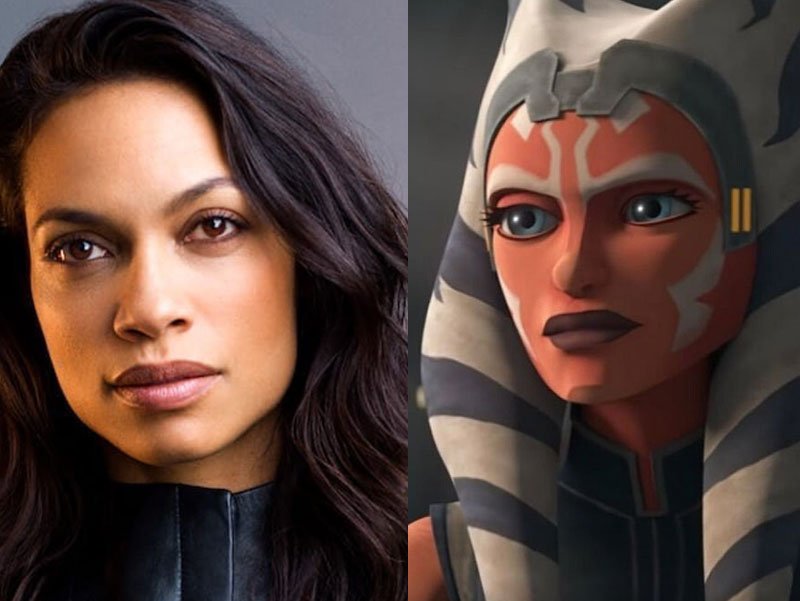 Where to start with the history of Ahsoka? Anakin Skywalker’s apprentice, a commander in the Grand Army of the Republic, and a Jedi Knight in her own right, Ahsoka is one of the greatest ever characters to emerge from the Star Wars Universe.

Ahsoka was one of the founding members of the Rebel Alliance, taking on the spy codename, ‘Fulcrum’, and helping to turn the war towards the side of the light. She was last seen fighting her old master, Darth Vader, but was rescued by the Jedi, Ezra Bridger, who pulled her from the battle to survive for another day.

To see her join the cast of The Mandalorian season 2 is a huge moment for her character. Presumed missing or dead throughout the period of the original trilogy, she clearly survived, and if so, it suggests she has yet to play a massive part in the future of the Star Wars universe.

Rosario Dawson has long been the choice of fans to play Ahsoka in live action. She will bring with her plenty of experience, after starring in Marvel’s Defenders series’ on Netflix. We’re thinking this is perfect casting. 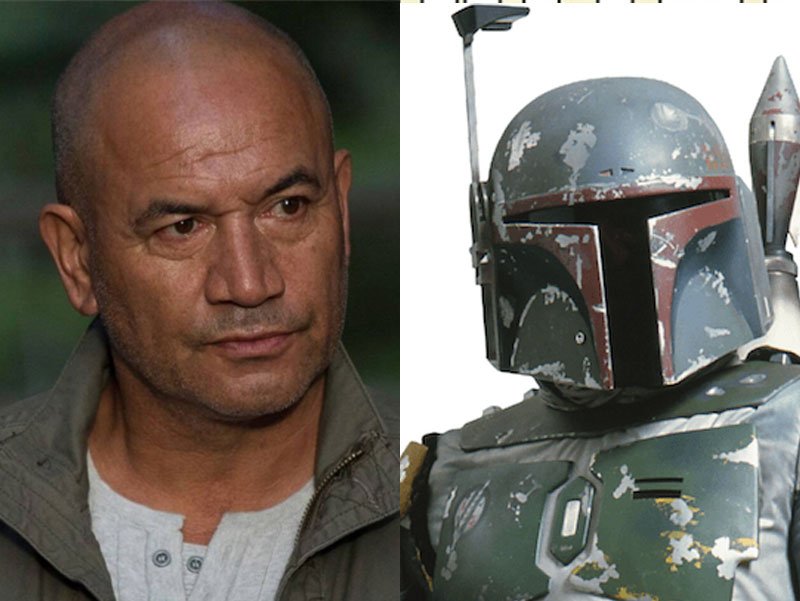 If we were struggling to introduce Ahsoka, how could we ever even start with Boba?

The Galaxy’s most famous bounty hunter, and clone son of Jango Fett, the template for the entire Clone Army, Boba needs no introduction. The only bounty hunter who could track and deliver his quarry, Han Solo, to the gangster, Jabba the Hutt, Boba met his untimely end in the Pit of Carkoon on Tatooine. Or……. did he?

It has been revealed that Temeura will be back again, playing the enigmatic bounty hunter for season two of The Mandalorian.

So – just how did Jango’s son survive being digested for a thousand years? Why is he back? And just how will Din Djarin deal with someone who has stolen Mandalorian armour to fight for himself, and not, THE WAY. 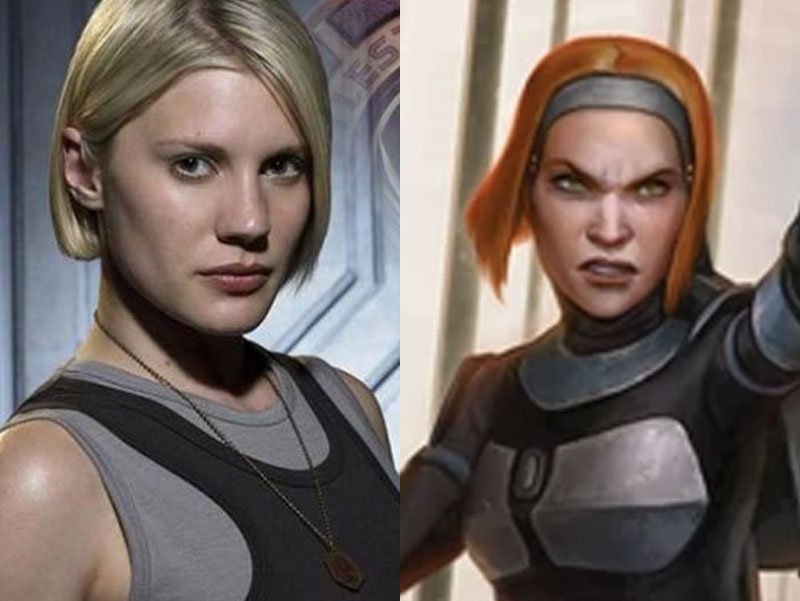 Originally a terrorist, Kryze worked with the Sith Darth Maul and Savage Opress to reclaim Mandalore from Imperial rule. However, she was ultimately betrayed by Maul, who took control of the planet.

Realising her mistake, Kryze accepted the help of the Jedi Knight, Obi Wan Kenobi, who helped to free the Mandalorian resistance, before being overcome, and leaving the planet in a state of civil war. Before he left, Kenobi vowed to return with the armies of the Republic. They did, resulting in a colossal war, which forced the Sith from the planet.

However, victory was short, as the planet descended into one civil war after another, until Sabine Wren, of the Clan Wren, returned. A Mandalorian with the worthiness of weilding the Darksaber, she united the clans of Mandalore, and brought peace to her planet.

Katee Sackhoff needs no introduction. As Starbuck, she destroyed the myth that gender flipping a character was wrong, and brought true personality, pathos, and emotion to an otherwise one note character. She has played many, many, more roles that show her ability to display authority, and has, as a matter of fact, played Bo-Katan Kryze in animation from the start. No-one better for the role in our eyes. 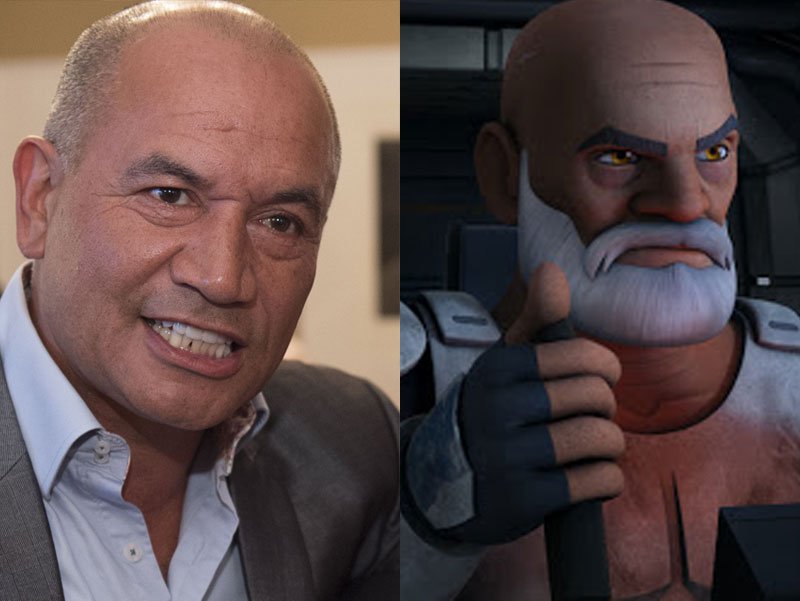 Rex, a veteran Clone Commando, Captain and Commander in the famous 501st Legion, was second in command only to Jedi General Anakin Skywalker. He became close friends with Anakin, and his padawan, Ahsoka, and was a leader who truly cared for those under his command and those that he had sworn to protect.

The deaths of his comrades, and the orders placed upon him to kill his friends, ultimately drove him to uncover the programming chip that had been implanted in his brain as a child, forcing him to enact Order 66. The danger of removing the chip was nothing next to the love he felt for his friends and comrades.

Upon the removal of the chip, Rex became a reliable ally of the Rebel Alliance, using his skills learned as a Clone Trooper to benefit the fledgling rebellion. His loyalty led to him becoming a commander in the Rebel Alliance, and you can see him fighting on Endor, just before the destruction of the second Death Star.

Well – this is a two for one! You’ve got Temeura back as Boba, why not bring back Captain Rex? There are LITERALLY thousands of roles that he can play, but we are just happy to see Captain Rex getting some more screen time. An old, grizzled, veteran of the Clone Wars, with ties to Ahsoka and Sabine? Bring it on!

Ok – we are going to go a little off piste now, and cast actors that we think should fill roles that are clearly going to be in the next season of The Mandalorian. By the time this piece goes out, these roles may well have been cast, but for a bit of fun, here is who we think would be great to play them! 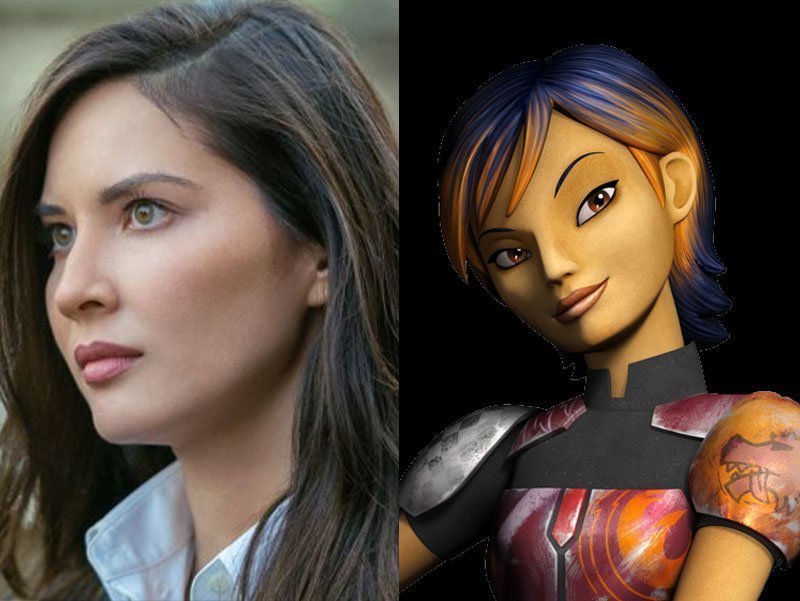 Sabine Wren, the galaxy’s most infamous, and adored, grafitti artist!

A cadet at the Imperial academy on Mandalore, Sabine was instrumental in the design of weapons that she thought would be beneficial to her people, yet were used by the Empire for their tyranny.

Embarassed by this, Sabine fled Mandalore, and was seen as an outcast and a traitor.

She worked as a bounty hunter for some time, before being befriended by Jedi Knight Kanan Jarrus and the crew of the Ghost, a Rebel ship, and turned her life around, with the vow to restore Madalorian pride and ownership to her planet.

After discovering the Darksaber on Dathomir, she returned to Mandalore with the weapon and united her people under its power, allowing the overthrow of the Imperial rule that had gripped her planet, and restored rule to the united clans of Mandalore.

Sabine’s story took place in the years before the Battle of Yavin, which would make her around 35 years old by the time The Mandalorian is set. Her animated design evokes an asian descent, but we are going to break protocol, and suggest that Olivia Munn would be great to play the character.

Munn has already played a character with questionable descent when she played Psylocke in the Marvel X-Men movies, and her acting ability, and martial arts training could only be a bonus in playing this role. 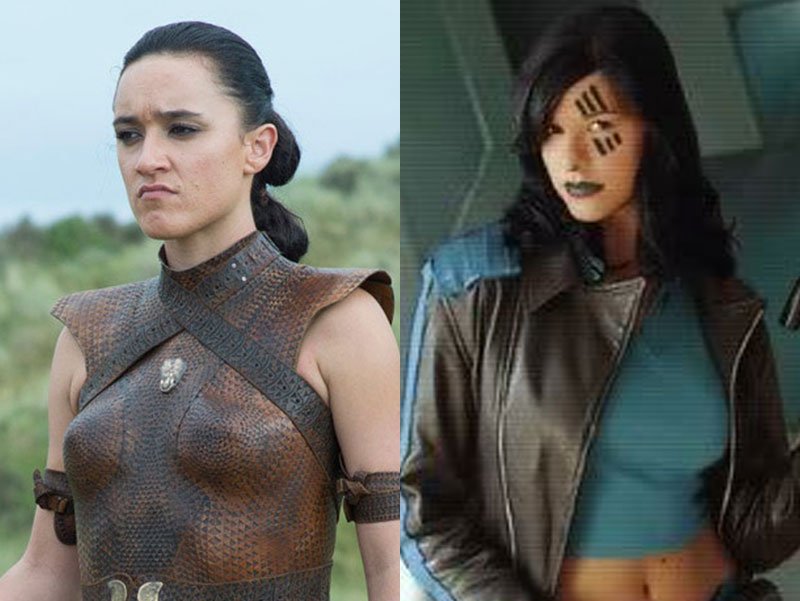 There isn’t much we can say here, as the only back story for this character comes from the old ‘Legends’ Star Wars continuity. But, it is possible that this story may be used again, so here we go.

Ailyn Vel, is the daughter of Boba Fett. Yep. That Boba.

She was left an orphan as a teenager, and devoted her life to hunting down and destroying the man that she blamed for her mother’s death – Boba Fett.

After learning that her father had ‘perished’ in the Pit of Carkoon, she assumed the role of Boba Fett herself, up until she was hired to kill Han Solo – aaaaaaand it is a long story after that, that will never come to fruition in the new Star Wars universe.

Either way, Vel was a bit of a badass, and we think the best actor to bring her to life would be Keisha Castle-Hughes. She has proven her fighting prowess in Game of Thrones, is a fantastic actor, and ACTUALLY comes from New Zealand, just like her clone father!